Going into the offseason there was uncertainty what the Twins would do with Buxton. On December 1st, the Twins locked up Buxton with a 7-year, $100 million deal. However, there were still big question marks around starting pitching and the shortstop position. On March 12th, the Twins traded Mitch Garver for SS Isiah Kiner-Falefa and RHP Ronny Henriquez. The next day we traded pitching prospect Chase Petty for veteran starting pitcher Sonny Gray. Later that day we flipped Josh Donaldson, Kiner-Falefa, and Ben Rortvedt to the Yankees for C Gary Sanchez and 3B Gio Urshela. The Yankees are taking on Donaldson’s $42 million salary over the next 2 years, giving the Twins more room to make big moves.

That big move happened on March 19th, as the Twins signed Carlos Correa to a 3-year, $105.3 million deal. The Twins were obviously in need of a shortstop, but signing Correa was still a surprise to most.

Sano should continue being the same, but it would be great to see him reach 40 HR in a season. I don’t care about the strikeouts if he’s hitting bombs and driving in runs. Kepler struggled in 2021, but look for him to bounce back in the 4th year of his 5-year contract.

The remainder of the AB’s will be a competition and rewarded to whomever produces and forces Rocco to keep them in the lineup. Nick Gordon can swipe pillows, which we desperately need, along with the ability to play multiple positions. Jose Miranda had a huge year in AA/AAA in 2021, totaling 30 HR, 94 RBI, and a .344/.401/.973 slash line. Look for Miranda to get called up soon, especially if he starts hot in St. Paul. Two Shortstop prospects to keep an eye on are Royce Lewis and Austin Martin. Lewis, the 1st overall pick in the 2017 draft, did not play in 2020 or 2021. Martin, who the Twins received in the Berrios trade, is another guy to keep an eye on in St. Paul year.

I expect the lineup to be deep and productive all year, however, the Starting Pitching will determine the outcome of the 2022 season.

Below are the Twins starting pitching ranks in 2021:

Kenta Maeda finished 2nd in the Cy Young in 2020, with a 2.70 ERA and 0.75 WHIP. Last year, he struggled a bit with a 4.66 ERA in 21 starts, and on September 1st underwent Tommy John surgery. The 34-year-old right hander has 2 years left on his contract, but won’t return until the end of this season, if the Twins are in contention.

Between Maeda, Pineda, and Berrios, the Twins will be missing 337 innings from 2021. No other pitchers on the 2021 Twins threw over 100 innings last year.

They have 2 potential young stars in Joe Ryan and Bailey Ober.

Joe Ryan, acquired in the Nelson Cruz trade, looks like he could be an ace in the MLB. He dominated the minor leagues and looked terrific in 5 starts at the end of 2021, including a 7-inning shutout and an 11 K game. Joe is an intelligent pitcher with great control, but he’s only pitched 26 MLB innings so we will see how he fairs in a full MLB season. Joe has been announced as the Twins Opening Day starter.

Sonny Gray was a huge addition for the Twins, and in my opinion just as important as Correa due to our desperation for starting pitching. Gray is exactly what we needed; veteran high-end pitcher that doesn’t break the bank. 32-year-old Gray has 9 years of MLB experience, 82 wins, and a career 3.61 ERA. In his last 3 years in Cincinnati, he had a 3.49 ERA and 10.6 K/9; so he’s only gotten better with age.

We are taking a chance to see if Bundy or Archer can prove themselves as quality starting pitchers. Otherwise, whoever is hot in AAA will be filling in to make starts in the 4 and 5 spot in the rotation. Hopefully Gray, Ryan, and Ober can help the Twins lower their 2021 starter ERA of 5.18 (whoops) to around 4.20, and improve upon their 39-58 W-L record.

Rogers should get most of the save opportunities with Colome and Robles gone. I’m most excited about Jhoan Duran, who pitched in St. Paul in 2021. He will need time to develop, but in spring training has consistently hit 100mph with his fastball. We signed 38-year-old Joe Smith, who has had a solid 14-year career in the bullpen, and Jharel Cotton, who pitched in the Rangers bullpen in 2021.

Before the acquisitions of Gray and Correa, I had the Twins as a sub .500 team. Trading for Sonny Gray grew my confidence in our pitching but I’m still not sure what we will get from Ober, Ryan, Bundy, Archer, and others across a full season. Ober and Ryan have potential to be very good pitchers but are still raw and inexperienced. Falvey and Levine have gone all in with Correa and Buxton, clearly showing that we are not in rebuild mode. In 2021, Correa won the Platinum Glove, was 5th in MVP voting, and finished with a 7.2 WAR. Obviously, Correa will be a huge boost for a team looking to bounce back from a down year. Buxton is a top-20 MLB player, he just needs to stay healthy. Our strong lineup should keep the Twins as an above .500 team.

Unfortunately, the White Sox have built a solid team and seem to be in control of the AL Central. Their lineup is stacked with Tim Anderson, Moncada, Abreu, Grandal, Luis Robert, and Eloy Jimenez. Their pitching includes Lance Lynn, Lucas Giolito, Dylan Cease, Liam Hendriks, Craig Kimbrel, and Joe Kelly. The White Sox won 93 games in 2021 and seem like they will only improve in 2022. Hopefully the AL East will beat each other up a bit, as the Yankees, Red Sox, Rays, and Blue Jays are all potential 90+ win teams. Depending on how the East plays out, I think the Twins will have a legitimate shot at being the 6 seed in the playoffs.

Hope for some asses in the seats, and many beers to be bought at Target Field this summer. Go Twinks! 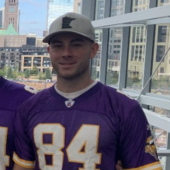 Believes he should be the Vikings OC. Knows the solution to all things MN sports. When he's not talking Vikes, Twins, Wild, he is eating, benching, or cracking open an ice cold Busch Latte. Find Chris watching the games, while dropping into Caldera, or off playing Army. Still chasing his dreams of making it as a star knuckle-ball pitcher, or scrappy 3rd liner. 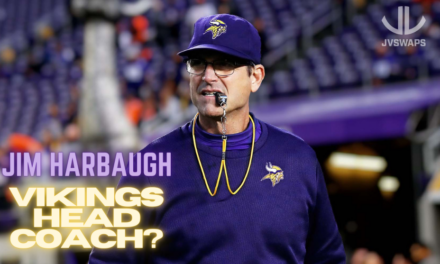 Harbaugh to MINNESOTA all but done?